THE FLESHERS COME TO THE NEW WORLD

The story of the Flesher descendants that have occupied Rutherford Manor for four generations is a long history of patriarchs who specialize in the butchery trade. This ancestral occupation bore roots in the butcher shops of Scotland and Germany, their craft has been honed for hundreds of years. The Flesher band was known for their unusual ability to provide for their communities through many difficult and trying times. During plagues and famines the villages of Flesher clansmen always had provisions. It was said their vocation gave them access to many uncommon sources of meat which in turn were shared with family, friends and neighbors alike. Surrounding counties often spoke of the uncommon fitness and vigor of certain villages; shared amongst them were the wares of the Flesher kinsmen.

The Fleshers immigrated to the USA in 1831, where they established a meat market in a remote Illinois community. Eventually the clan descendants came west settling in the Rowley area in late 1929, where Alastor Flesher set up a thriving butcher’s shop. In the early 1930’s when the Great Depression took hold, Alastor upheld his forefather’s longstanding tradition of nourishing his kin, locating innovative protein sources that kept his family and community reasonably healthy during a time where many went hungry. Alastor prospered in his profession, as did his family.

It is Alastor’s youngest son, Nox Flesher and his wife Lilith, that brought true infamy to the Flesher name…

For many years there was another family that worked closely with the Flesher family in the old country and the new world, The Savidges.  The personal and business relationship between the Savidge and Flesher families was close knit and secretive considering the trade they employed to survive in hard times.

It was during the Great Depression era that the families sealed the bond between the last of the Savidge clan, Spalding Savidge, to the Nox’s niece, Penny Darling Savidge. This unholy marriage was the start of a dark time in the household with many supernatural events and horrible murders that would come for the next 20 years.

This dark time in the family history would only intensify with the birth of two girls, Lisa and Louise Savidge that would see the family come to a breaking point and a final showdown with the supernatural forces that plagued both families for generations.

The final chapter of Rutherford Manor Haunt is now at hand. The unholy events of the last 20 years have taken a toll on the family finances with almost all of the members of the clan either gone from the terror at the Manor or deep in the ground.

But all is still not well at Rutherford Manor. The ancient evil that has stalked the family for so long that returned yet again and the remaining members of Rutherford Manor are doing with they know best, butcher to survive at all costs. 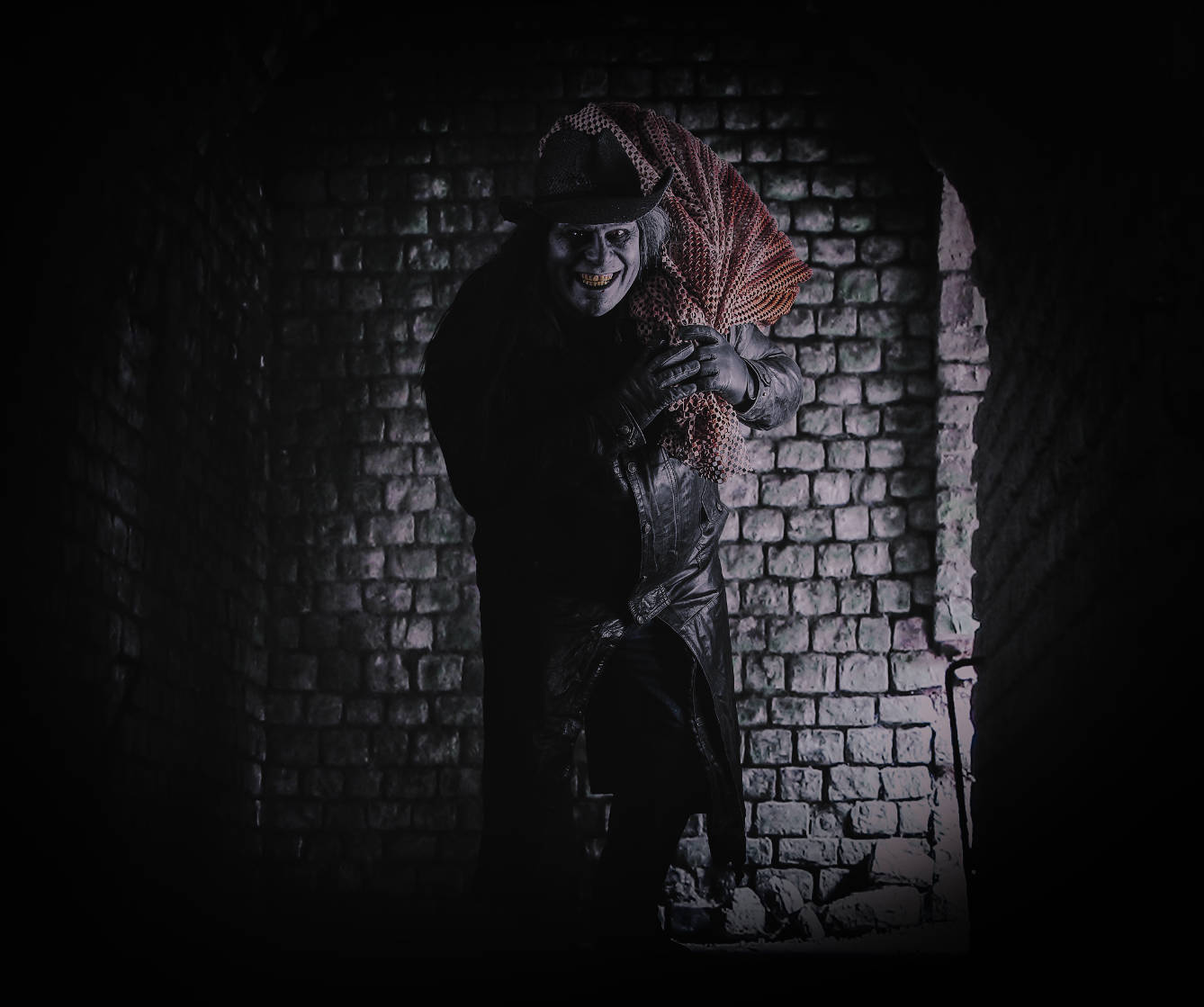 Do you dare enter the new ear of Rutherfor Manor Haunt?  Will you survive the butchery and experimentation that happens within?  There is only one way to find out what you are made for this Halloween Season.